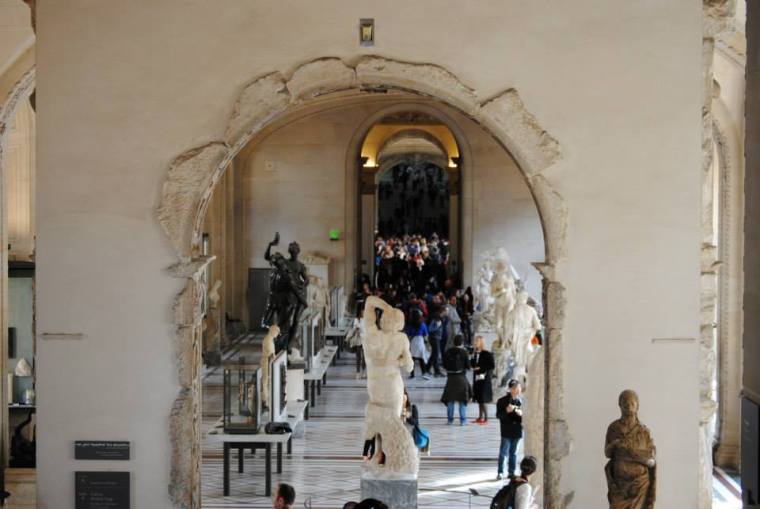 I can’t draw. Yes the artsy girl said it; because that’s the way I’ve felt for pretty much my entire life. If you grew up in my family you’d understand why. My brother is an amazing artist, and also five years older than me, so his artistic endeavors were always ridiculously out of my league. So, growing up, I never really tried to draw. I figured: there’s no way I can compete, so why even try?

You see, I’m the type of person who likes to be good at things. And if there isn’t a reasonable chance of me being really good at something, I generally don’t do it. I’m not saying this is the best approach to life, but it is just the way I’m wired.

I do like to try new things (and by that, I mean I like to try the same things with maybe one aspect that’s different), but the truth is that new things are really hard for me. I don’t like change and I don’t like feeling out of control when it comes to what’s going on in my life. All this being said: I decided to move to France.

It doesn’t really make a whole lot of sense to me right now, why I made the decision to move. While cultural experience and learning about other people is extremely important to me, I could have done both while staying in the US, or by taking a shorter trip to a different country. But I felt strongly and inarguably that God was calling me to dive in headfirst. Which is fun, until you realize that involves you being under water.

Homesickness is a real beast that you have to fight daily when you’re living on the other side of the world from your friends and family. But I don’t think it’s the biggest threat to ruining your experiences.

The real problem is self-doubt.

And I’m pretty sure that’s true whether you’re living in Paris, Seattle or anywhere else in the world. Life is always full of whisperings that fill your mind. Those little voices which tell you that you can’t do something, or once you are doing it, you won’t succeed or that it won’t be meaningful if you do.

The past couple of weeks I’ve felt really challenged to face my own self-doubt head on. A couple things have contributed to this. When I was traveling to Berlin I had a lot of time to think because, for the first time in months, I didn’t have children running around screaming every day. I took a lot of intentional time to think about what I wanted and what I valued. The people and aspects of my life that I wanted to make sure were part of it long term.

Moving to a new place allows for a sort of self-reinvention – no one knows who you are, so you can be anyone. The thing is, this can be both freeing and completely terrifying. Because it also means reliving the first time you present yourself, again and again, to an entirely new world. What do you tell them? What do you omit? It’s funny how easily we revert to our middle school selves when our rug of securities is pulled out from underneath our feet.

But I feel like it’s important to get these things out there so here goes. My insecurities are:

Somehow, when you’re far away from your comfort zone and your support system it’s really easy to have all of these things slam you at once. But here’s the thing. None of these are true, and I’ll tell you why: Because I was made with purpose and passions that matter. And so were you.

So I’m just going to publically address these doubts, since I’ve been lucky enough to be part of a community that taught me to ‘laugh’ at the lies that surround me in times of discouragement.

First off, it wasn’t an accident that I landed in France. From the time I was a kid all the way through college I continued to take French lessons and there’s a reason for that. I wasn’t prepping for moving to France, in fact I doubted that I would ever even visit the country, but I really enjoyed speaking French. At the time it was a nonsensical passion of mine, but it turns out it’s one that is serving me well. Sometimes, with the craziness of living in a new country it’s intimidating to even attempt to speak/learn/enjoy/know French. But I have to keep reminding myself that this is a learning process and something that should be fun.

Geek I am. And proud of it. I’m a fangirl who literally makes a partial living from geeking out over BBC TV shows, podcasts, movies and fantasy books. And THAT’S OK. This week I’ve had a couple of moments where really geeky things have come up and I’ve been super reluctant to share my opinion/love of them because I didn’t know how people would perceive me. Hearing my au pair brother (oldest – 21) blasting the Game of Thrones soundtrack for three hours straight definitely helped. I also mentioned some events and exhibits that I “might, maybe, if you think they’re not dumb” want to go to (aka I WANTED TO GO TO SO BAD) and some of my friends were totally onboard. I will now be Cosplaying and attending a Manga/Sci Fi convention and visiting a Miyazaki and Takahata exhibit next week and I’m SO EXCITED.

My faith is extremely important to me. It’s something that influences the way I see the world and the way I interact with those around me every day. But it hasn’t ever been easy to be a typical “Christian.” I remember praying when I was younger that God would make me “sweet” and not so strong willed…because that’s what good Christian girls were, right? But I’m learning that God doesn’t design women on a scale of sugar and spice. He designs us according to his purposes. And sometimes that means feisty, passionate, strong willed women come out of the mold. What are important aren’t the personality characteristics – it’s the condition of our hearts.

And last but not least my favorite: I can’t draw. I can’t do anything well enough to be worth doing it. Has anyone else heard this doubt before? A lot of the time this one seems to climb onto blank pages when we’re trying to write, or when we have a really great idea but no immediate way to accomplish it. One of my favorite quotes is “Comparison is the thief of joy.” If we live our lives in constant comparison the only place we’ll end up is in a puddle of our own tears. There are always going to be people who are ‘better’ at things than us. And there will always be people who are ‘better’ than them. Trying to hold yourself to another person’s standards will never allow you to accomplish what you’re called to.

Instead, why not start to build a legacy one day at a time; piece by piece. I’ve really been challenging myself to draw or go out of my comfort zone artistically every(ish)day because I know that when I do, and when I clear my mind of the self discouragement, beautiful things can happen.

Step one is acknowledging my own imperfections and insecurities and that mine seem so much more exposed while I’m living so far away from home. But maybe that’s not a bad thing. Maybe it’s teaching me that there’s beauty in vulnerability. It’s uncomfortable and awkward, but it forges the parts of me, which will become fundamental in creating a person that much more certain of who they are. And I’m ok with that.