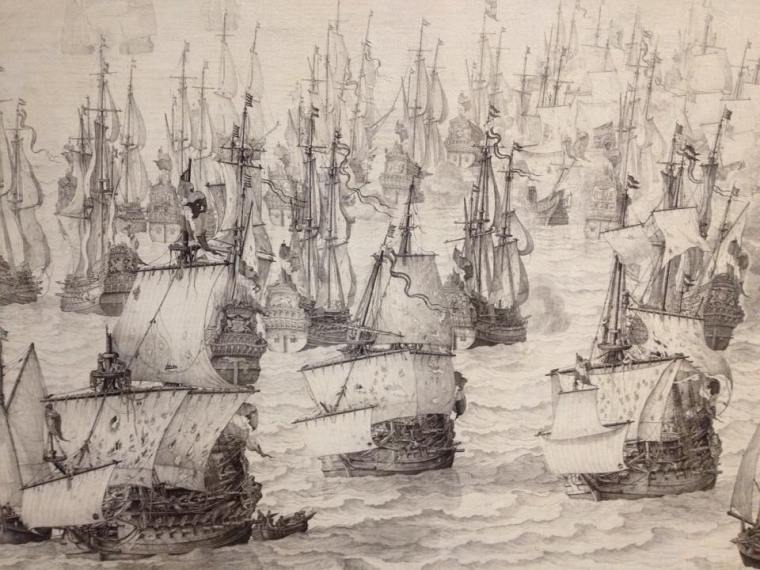 January is almost finished, so naturally it’s the perfect time to write up my goals for the month. I honestly don’t even know how it happened that it is already late January! Tomorrow is my five month anniversary! It honestly feels like someone hit the fast forward button on my time in France; I wake up on Monday and by the time I step out of bed it’s Friday all the sudden… or, at least, that’s how it feels. But I really like the idea of having goals each month, because it gives me something to look back on and something to hold myself accountable to!

Blog more: Well, I did blog more(ish) but I still want to keep this one in place, because it’s absolutely ungodly the amount of half written posts I have on my computer. The main issue is that I’m so tired when I write them that I don’t have the energy to edit them also. So my new goal is to write posts on the weekends, so I have them ready to go before my hectic week begins!

Etsy Shop Listings: Yes! Yes! YES! I’m so excited that this goal was actually accomplished. I know you guys haven’t seen anything, YET. But that doesn’t mean there hasn’t been an incredible amount of work going on behind the scenes. We’ve been working so hard to get everything pulled together and our goal date for “premiering” is going to be in early February. Stay tuned! Awesome things are happening!

Have an amazing time in Amsterdam: I went to Amsterdam later than I had expected, so not in December, but it was still a good time. Not as fun as I expected, because my friend who was supposed to travel with me wasn’t able to come, but it was still nice to get out of Paris for a bit and have a change of scenery. AND I found one of my all time favorite café’s.

Vlog more: Poor little Vlog. No such luck for me upping my Vog output. But I’m still optimistic. And I actually did make a post for December! It just didn’t get put out, which is kind of the trend of me posting in general, I’m noticing. Ha.

Stick with the program: Nope. I don’t think I moved all of December. Ok, I did – but I didn’t do anything regularly. Mainly because it was FREEZING outside, and I was sewing for weeks inside…but I’m going to be getting back into the swing of things once I defrost. Paris is a kind of bitter cold that I’m just not used to. In Seattle we have a moist (yeah, I just made you read that word) winter, so even when it’s cold there’s still moisture in the air. Here that’s not the same. This cold cuts into your clothing, even though the forecast might not say it’s very “cold.”

Get real serious ‘bout French: Well yes and no. I’ve officially become the only person in my French class, since everyone else has dropped out/transferred. I was tempted to drop as well since there hasn’t been much “learning” happening with lessons only once a week – but I didn’t. And I’m glad, because as little as it is, it’s still more than sitting at home and learning/practicing nothing at all.

Finish classes on KhanAcademy: Yesss. I did finish a couple classes and I’ve started more. I think I might just go through the entirety of the history program that Khan Academy has because I love the classes so much. I love being able to learn in an online class setting without the pressure of going to a class, and I get to learn/explore whenever I want to. I’ll definitely continue using this website – I love it!

Finish The Hobbit, See The Hobbit: I definitely did. It felt kind of weird to actually finish a book, but good at the same time. I think having the goal written down really helped. The movie was great because we only paid 5 euro to see it – and it was in English!! The movie was about as good as I thought it would be, so not incredible, but at this point in my life going to any movie in English is fun.

Storyline a story: I did storyline and write up the premise of the story, but I’m still not as far as I wish I was. I really want to focus on getting an actual script pounded out, now.

Get involved somehow in a French event and meet more French people: I didn’t do this, yet. But I took the pre-steps to start! I found some spoken word/poety/writer events in France, but most aren’t starting up until right now because they were on break for the holidays. But I have a friend who’s going to go with me once we find one, and I talked to my au pair mom about having maybe one night a week off to be able to go to more French speaking events in Paris!

1. Vlog or die: Ok, maybe that’s extreme. But this really is going to be an ongoing thing that I want to get into the habit of doing. So here we go again. One video a week is my goal for the rest of my time in France. I also want to be writing on here more!

2. Exploress awesome: If you don’t know already, I’m the content editor for a website called The Exploress and I LOVE it! I love being able to recruit women who are passionate about traveling and who love seeing the world as a global community! My goal for January was to start a Facebook community for the women who contribute regularly to this site (which I did) and I’ve loved being able to “meet” all of our awesome writers/photographers. My extending goal, off of this one, is that I would be able to extend our online community even more so we’re able to reach out to even more women globally through our other social media outlets: Twitter and Instagram!

3. Finish storyboarding a story: One of my friends and I are writing children’s books one month at a time. For December we wrote the stories. And now, for January, we’re storyboarding! It’s a lot harder than it sounds, but I’m really thankful for resources like Skillshare which allow me to learn from the best on how to do things like storyboard. Here’s to trying new and foreign things!

4. Open Shop On Etsy!: One of my friends and I have been working hard over the past few months to pull together a little Etsy shop and HOPEFULLY (pray for us) we’ll be pulling everything together by the beginning of February. It has been so much work to plan, make, photograph and now starting to edit! But I love the learning process and I’m excited to have everything done in January so we can show you all in February what we’ve been working on!!

5. Script Story: Yes, I’m also writing a comic book with another friend! Notice a lot of projects? Well that’s because I’m insane. But I like to be busy, and it’s so important to me to keep connected with the people back home who are important to me, so I’m really excited for everything that’s going on. I really want to start actually writing pages for the scripting process of this story, since I have most of an outline done.

6. IRELAND: I’m going to Ireland in 1 week and I’m so excited! Ireland has been like a fairy tale land since I was a kid (since my family is Scottish, Irish and English that whole little section of the world has always been) and I’m so happy I get to go back! I did go to Ireland and N. Ireland back in 2013 for my backpacking trip, but I’m really excited to be going back since I definitely DID NOT spend enough time there. Right now the coin is in the air for whether I’ll be going to Galway, Ireland or staying in Dublin, but we shall see. Either way I think it will be great!

7. Finish reading my book: Yep. I’m writing it down, again, since something magical happened last time I did. Right now I’m reading “Journey To The Center Of The Earth” since I got four books for Christmas (Sense and Sensibility, Wuthering Heights, and The Hounds of Baskerville included) and I really want to actually read through them all (even though I’ve already read Sense and Sensibility before – duh. Jane Austen).

8. Step up my art game: I haven’t really been drawing or painting very much lately because I’ve been busy with other things, but that’s not good. Whenever I don’t create, I’m 100% more stressed out, so I really want to take more intentional time to be making things.

9. Apply or find out things about DELF: There’s a French proficiency test called the DELF and when you attend school in France a lot of classes have you take it. My classes (since they aren’t through a school) don’t, but I’m still thinking about taking it independently so I have it on my resume as actual language proficiency, not just “I lived in Paris and I ate really good bread for a year.”

10. Get involved somehow in a French event and meet more French people: Stealing this one from last month, but I really need to get more involved with the artistic community in Paris because I know it’s important to be in community when you’re an artist. ESPECIALLY when you’re an introvert, because let’s be real, I could live entirely in my room, coming out only for food, and be perfectly happy.

And that’s the list for the month! Good grief. So busy. Goals are hard! But I know they’ll be worth it in the end, because it’s so important for me to keep moving forward intentionally while I’m living in Paris (as opposed to just floating along for a year).

4 thoughts on “January Goals: Paris And Beyond”