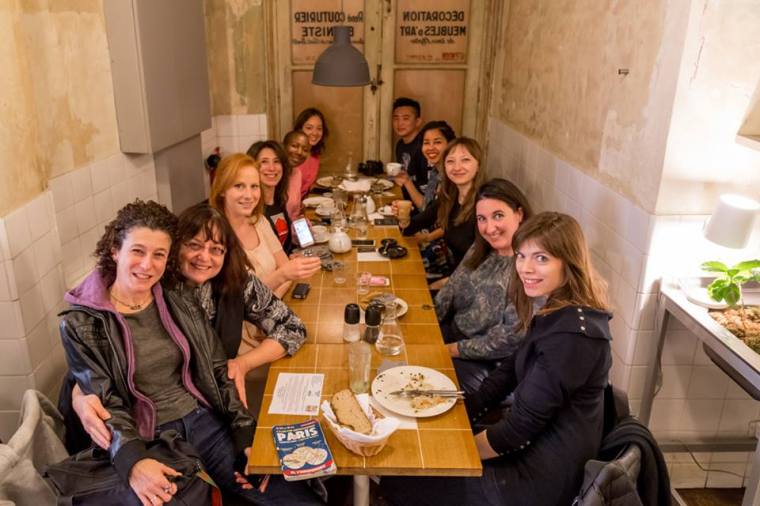 Being in Paris can feel REALLY isolating, sometimes. You would think, in a city with 7 million people, that it would be easier than a lot of  places to make new friends, but living in such a huge city means having a lot of other obstacles, as well (not to mention a language barrier). One of my goals, since being here, has been to make more Parisian friends, though, so I’ve really been trying to be intentional about going out and meeting some new people, despite my desire to sit inside all day and read.

Last Friday I took up the challenge, though and headed over to Coutume Cafe. It was such a fun time because I got the opportunity to meet up with some absolutely delightful women (and one guy!) who all live in Paris, all through our mutual Twitter followings! I know, I know, you’re all thinking it’s weird that I went and hung out with random people from Twitter – but it wasn’t! It was so much fun, and already having the basis of being travelers, Twitter peeps and bloggers (some of us) made it even more fun to meet up!

I went by myself, so it was a little bit intimating at first, but I ended up meeting some amazing people and finally making some new friends in this enormous city. It just goes to show you, stubbornness is a key factor in getting things done when you’re living the expat life. Here are some of the lovelies I met, so you all can follow them too!