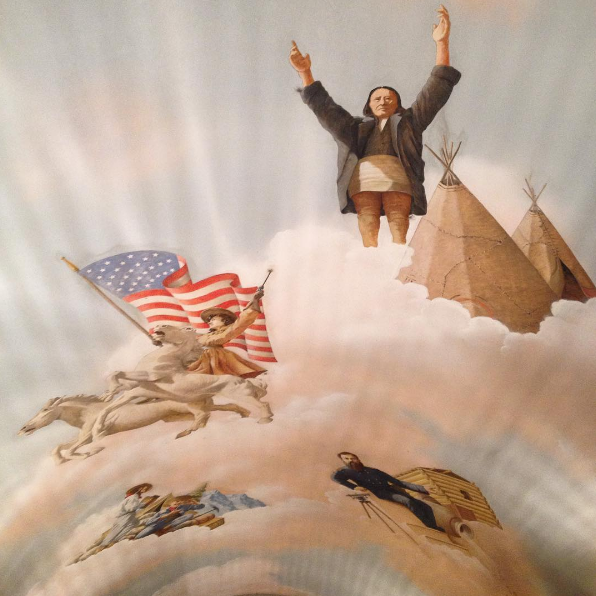 Buying a plane ticket to Denver, CO for no reason is probably not something normal people do. But I made a promise when I lived in France, that I would make an active effort to explore more of the U.S. once I got back and I was back on my feet again. Cheap tickets to Denver seemed to be the shining opportunity to get back to that promise. So, I bought a plane ticket – and here I am!

To shoot down any misconceptions:

Phew, now that we’ve cleared that up, here’s what I’ve been up to:

I left Seattle yesterday morning and hopped on a flight to Denver, arriving at a little before 4pm…a whole hour later than we were scheduled. I then made the mistake of asking for directions in the airport, and ended up wandering around for an hour. But finally I found my way to the train, and made my way into the city. I met a super neat girl who had just moved to Denver and we talked all about travel and Denver. I was definitely thrown off by how close the mountains were. That and the fact that I walked off the plane to a tornado warning.

If there are two things I didn’t associate with Denver, it was definitely tornadoes and how intense the wild west culture is, here. Somehow I didn’t ever pin Colorado as the true “west” but I’ve definitely had that misconception corrected. Colorado is the wild west. And the history that is here is incredible.

Yesterday, after I got to my Airbnb, I met two other girls who were staying at another room in the house, who were awesome x100 (both from Ohio) and we hung out and went to this awesome kind of indoor food truck spot, called Avanti where we got the best custom pizza EVER.

Afterward we went to this awesome underground speakeasy called Green Russell, which was opened the day after prohibition in the U.S. ended (or so they say). Named after one of Denver’s founders, this spot had some of the best pie I’ve ever tasted, and the bar tenders were awesome and dressed to the nines.

Another unexpected thing that happened yesterday was that there were parties all day long, celebrating the Kentucky Derby (which I think happened Sunday). Never in my life have I seen so many hideous and oversized hats. I’m not sure what the history with Denver is, but there were a LOT of southerners  here to celebrate the derby and I think it will be kind of nice to have a little bit more calm during the week.