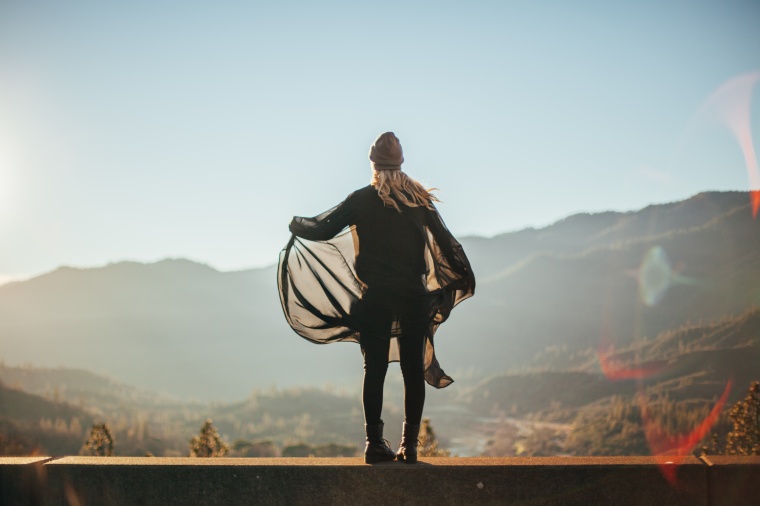 2016. I really wish that I could be one of those people who said that 2016 was great, despite the obvious turmoil, but it was actually a really hard year for me. One that has tested this ‘ole girls grit to the extreme. If I had to use an analogy for 2016 if would be me being a cage fighter with barely any training, locked in the pen with the world champ. I may have survived, but I definitely took a beating.

2012, 2013, 2014, 2015 were some of the most difficult years of my life, so I was expecting 2016 to get in shape, but life hasn’t quite got the memo. That being said, there were some highlights that were fun moments in my year, and I’d like to focus on those rather than dwell on the overall stress that 2016 has brought.

I went on a backpacking trip with two of my friends to England, Scotland and Ireland. It was a feat in itself because I had never travelled with multiple friends before. We ate some great food, learned some history and explored the limits of strong personalities under pressure. But we survived! And the end result was some awesome pics. During January I also got to go to San Francisco, which is one of my favorite US cities, and that trip was just a dream.

Deadpool came out, and we took advantage of that for our Valentines Days day, which ended up being awesome. February was also the 2 year anniversary of this blog, which is insane. I never thought I’d be able to keep something up this long when I first started it, but now I can’t imagine life without it. This month was also when I moved into my now house, which was such an amazing upgrade (literally God sent) from my former apartment location and situation. I also got to have high-tea with my grandma and I read Elizabeth Gilbert’s book “Big Magic” which changed a whole lot on my perspective as a creative. Apparently I have no pictures from this month, so here’s one from my January trip, in front of Shakespeare’s house.

My little Irish Step Dancing obsessed child self would have been so envious of the fact that I have now seen (in person – not just VHS) Lord of the Dance. If you don’t know what it is, you can click here to see a clip. Basically it was my childhood obsession, and I was in love with Michael Flatley. I was a weird kid, what can I say? This was also the month when my long lost (moved to California) brother came home for a visit, which was such a surprise that I swore in front of my grandmother. Yep, that happened. 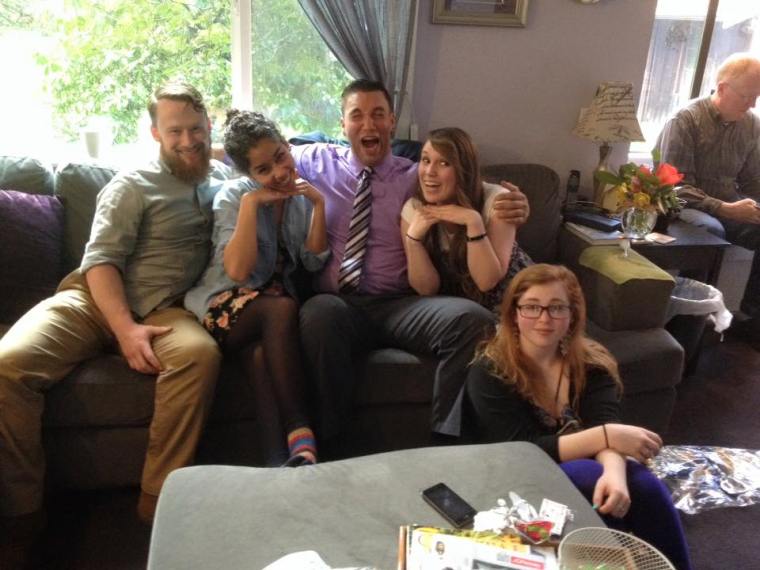 This past year was my first ever Emerald City Comicon experience and I LOVED every minute of it. I did my first kind of serious cosplay effort, made some new friends and geeked out in the extreme. This was also the month and me and my boyfriend rented a cabin on Camano Island for a weekend and left the world behind. The place purposely didn’t have wifi and it was super nice to just get away from it all.

May was when I went to Colorado for the first time, and learned that I don’t like Colorado. Say what you will to try and convince me otherwise, but it’s just not the state for me. 2016 was the year I went twice and both times were just brutal on my respitory system. I did have some fun at the art museum, though. This was also the month that the EMP (now known as the MoPOP) hosted its Star Trek opening exhibit, where I met Spock! Okay, it was just a cosplayer, but I mean, that’s the closest I’m probably going to ever get…and it’s pretty darn close.

In June I started working at the Boys and Girls Club again, and boy was that a good decision. I was working part time retail before I started up again, and while it was filling my wardrobe it was simultaneously sucking out my soul. I was so happy to join back with my BBGC family and get to work with all the kids, again. This was also the month for the Eurocup, which I watched obsessively and which I loved every minute of. France may not have won, but I was cheering for them every step along the way. June was pretty packed to be honest. There was a Sounders Game packed in there, and Pride weekend and then I went to my first JMSN concert, which was an experience in itself.

During July we had a great party for the 4th and then we flew out to Colorado again to explore the mountains, go four wheeling and celebrate some birthdays! We got some pretty amazing photography shots and it was our first trip out of the state, together (next up – out of North America!). We also got to go to the Scottish Highland Games up north of Seattle, and that was one of the best days of this year. Oh man. I’ve never felt so proud to be Scottish, before. It was so amazing! 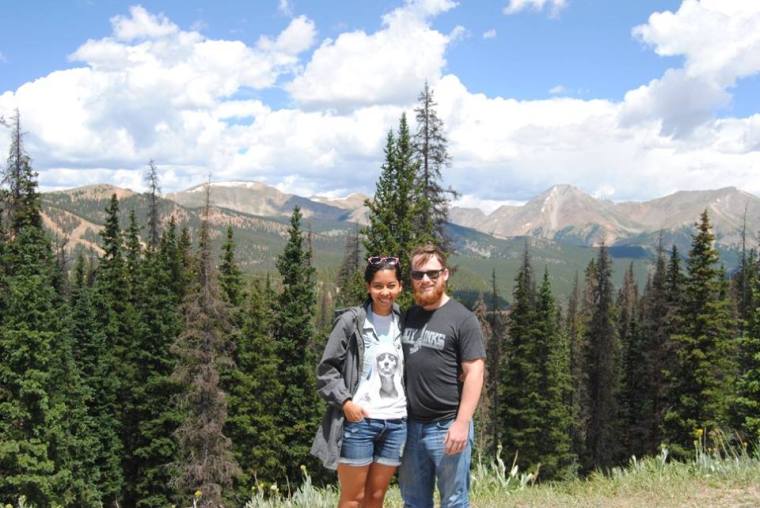 To celebrate our 1 year anniversary we hopped off the grid and went to Canada. This trip was a very welcome break from our day to day and we had the nicest Airbnb host ever. It was such a great way to celebrate a great relationship. We also went camping at Banks Lake in August, with a bunch of friends. Besides being eaten alive by mosquitos (he had 70 bites!) it was a super fun trip.

I’m a firm believer in celebrating my birthday for the ENTIRE month of September. Don’t ask my why, but I love doing it, and I don’t plan on doing it any other way. This years birthday was such a good day and I loved being able to spend time with just the two of us. I didn’t really have a party, and I think I understand now why people don’t really do that as much, as they get older. My little introvert self is just not into it anymore. The hermit life for me (+1)!

I went to two conventions in October, one for Lego and one for Geek Girl Con. Both were fantastic and I’m so happy to be a part of the con community. Making friends at cons is such perfection because you already know you’re probably as geeky at the other person, so you don’t have to worry about geeking out over something too hard. This was also when I debuted my Rufio cosplay, which I’m pretty excited to wear to ECCC in 2017. It went over so much better than I could have imagined, and I’m so excited to dress up again in March!

James and I had an awesome photo shoot with Chelsea Bree Photography, just for fun. It was such a great experience and I’m still so in love with each of the photos. They are just so beautiful. November also hosted one of the best Thanksgivings I’ve ever had. We kept it small and simple at our house and I don’t think I’ll ever do it any other way, again. I loved just being able to hang out with friends. The only one that it tied for first place was the time we had Thanksgiving in France.

We went the magical route and went to Harry Potter World. It was just the best. Even though it was smaller than we thought, we rode the rides a million times and waved our wands around like 9 year olds. This is also when my roommate tricked me into going onto a huge roller coaster ride…and let me tell you how much I hate Roller Coasters. Christmas was fantastic, we watched movies all day long and opened presents and visited my family. I love keeping holidays small, and I think that’s the way I’ll try to do it for the foreseeable future. It’s just so much more fun to just have a few friends, or even just the two of us.

All in all 2016 kicked my butt. But I kicked back, and I have a feeling I’m going to be going into 2017 kicking, as well. Trying to reach goals, and really make a difference in your life is not an easy path, but if you’re willing to fight for it, it’s something you can achieve. 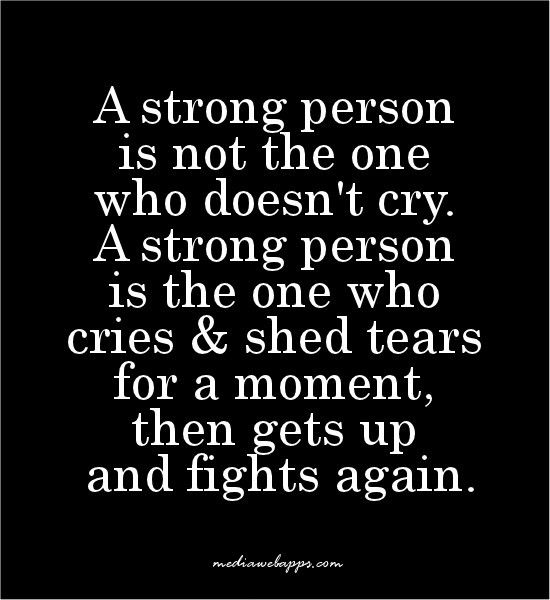