What happens when you throw together 5 solo travelers: an American, an Aussie, 2 Londoners and a German, in the city of Copenhagen, Denmark?

In case you’re confused about the timeline of this post, the answer is no, I’m not still in Copenhagen. I’m writing this one from Belgium, because honestly it took me a couple of days to get over Copenhagen and be in a mental state to write, again.

I guess it all started when we took a walking tour. Walking tours are one of my favorite things to do in a city, and I’d highly suggest the “free” ones (you pay what you have/want at the ed) when you’re out and about in Europe. Generally you can just look for the umbrellas that say “Free Tour” on them.

Three of us met from my hostel, and we walked over to the main square with one of the guides. From there everyone was split into smaller groups, and we ended up all talking as the 2.5 hours went on. How crazy is it that we would all meet? 5 people traveling completely alone, having such an awesome day together.

The cast of this story:

Our walking tour was great, although I’d be lying if I called the weather anything other than frigid. But it had snowed that morning, so it wasn’t too much of a surprise. On the topic of Scandinavian snow: I think everyone should experience it because it’s beautiful and serene and somehow just feels more authentic.

Once the walking tour was over we bobbed our way around the city talking and taking tourist pictures. For lunch/dinner (not really sure which one to call it since it was only 4pm, but it was pitch black outside) we headed over to Christiania, which is a section of the city that is alternative to the country itself.

If you’ve ever been to a music festival in the U.S. (think Woodstock) then you’ll have a pretty good idea of what this section of the city is like, except that the structures are more permanent. The first thing I noticed when I was there was how much it smelled like home. And by home I mean that it smelled like weed. Gosh I love Seattle.

We grabbed food at one of the bars there, and I couldn’t help inwardly giggling about the fact that this place is so “edgy” for supporting a drug people just walk into stores and buy, at home.

Dinner was great, though, and afterwards we walked our tall blonde and handsome German student friend back to the train station. It would been brilliant to collect contact information so we could all stay in touch, but nobody’s mind thought about that until long afterwards #tragedy.

After our one goodbye it was time to get ready for the next part of our day: the pub crawl.

Let me tell you something about pub crawls. I love them so incredibly much and even though I don’t drink (I’m allergic to alcohol – no joke) I still try to go on them as often as I can. 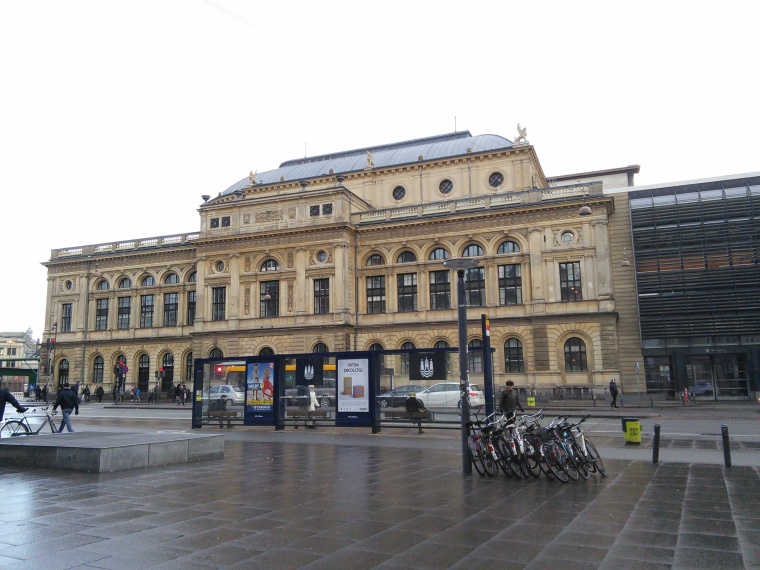 The pub crawl in Copenhagen was one of the most chill pub crawls of my life. Mainly because the city is so small that the whole thing was on the same block. The first three spots I probably could have lived without visiting, although I did get to taste some awesome Danish drinks (and some not so awesome ones) but the fourth and fifth spot were killer.

Normally I go home before a pub crawl makes its way to the last spot, which is usually a dance club. The main reason for this is because I have no interest in “clubbing.” BUT there is an exception for every rule, and Copenhagen was the exception. We danced until 2am. I went to sleep at 3am. I woke up for my flight at 6am. It was a rather crazy 24 hours.

I was pretty sad to leave Copenhagen after only one day, but I already know that I’ll be back. Next time, though, I’d love to go during the spring or fall, so that it isn’t quite so cold and snowy. Although, I honestly wouldn’t change one thing about my trip this year.

Copenhagen 2017 will forever stay in my heart as one of the best days of my life. I’m so glad I made it back to “the motherland”, and my Dane roots, and I cannot wait for my next adventure there. Cheers to next time, Copenhagen. Cheeky little city.