Slytherin pride doesn’t start to describe my obsession with Harry Potter. I’ve been known to make people take the Pottermore test when I first meet them to find out whether we’re compatible, and I try to visit something new that’s focused on Harry Potter every time I come to London.

The funny thing is, I grew up conservatively so I actually wasn’t allowed to read/watch anything to do with Harry Potter. I really didn’t know a whole lot about it until I reached my twenties, and then the floodgates were released. But I’m not mad. In my family that just wasn’t a part of how we were raised, and we had lots of other experiences and books and movies that we watched that other families didn’t. The best thing about coming to love Harry Potter later in life is that I have a fresh passion for it. One that sometimes leaves me acting like the nine year old who just read The Sorcerer’s Stone for the first time.

Yesterday was one of such obsessive days when I got to live out an absolute dream: walking on the set of the Harry Potter movies.

I was really excited that I bought a joint pass to the Warner Bros Studio because that meant I didn’t have to worry about bussing from/back to London/the studio. And let me tell you, it is not close. It’s about a 45 minute ride. As in, we watched an entire Harry Potter movie there and back on the bus. The great part of this, though, was that I paid about $100 for transportation to and from the location plus a five hour long experience. Not bad considering that Universal Studios in California is $150 and there are two rides and absolutely NO props or costumes.

The tour started out in the great hall of Harry Potter where you could find some of the most notable Harry Potter costumes, and a collection of house robes. It was pretty amazing to be standing there on the same cobblestones that the actors had filmed.

Of course, I had to celebrate my Hogwarts house (#SlytherinPride) during this whole process. I only wish that I had been able to bring my robes. Yes I have robes. But there’s no way that packing that beauty would have been worth the wrinkles. I did, however, bring my wand that I had custom made a few years back. It’s been with me to Universal CA, so I felt like it was necessary to continue the tradition by bringing it with me to London. 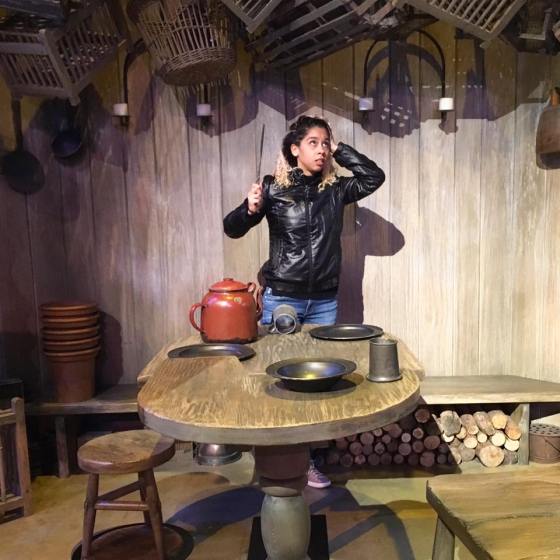 Looking back, I have a feeling I would’ve spent twice as long in the exhibits if I hadn’t been severely jet-lagged but I still had such a great time at all of the photo ops and learning about the process of filming. One of my favorite memories is standing in Dumbledore’s study. I had never noticed that all of the paintings on the walls in there are of the school’s faculty…with their eyes closed. It’s little details like this that really make the Harry Potter series, and the franchise as a whole, breathtaking. 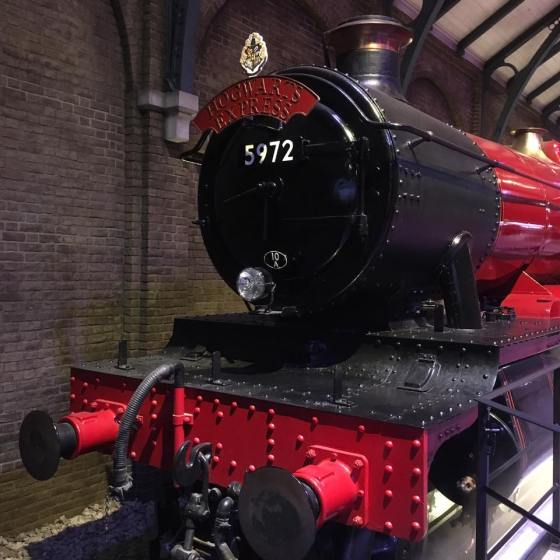 Getting to step aboard the Hogwart’s Express was pretty amazing as well. I don’t know how they fit an entire train in the building, but let that be a bit of an indication of how huge this place was. If you ever plan a trip out here I would definitely say give yourself a solid 4 hours to explore. And also to shop. Honestly the store at this location was so incredibly huge and had merchandise I’ve never seen anywhere else. Of course I bought a little bit of swag…or a lot. You’ll never know because I’m the only one who sees my credit card statements. The point is, if you’re going to go somewhere magical…make sure you come back with something worth talking about. 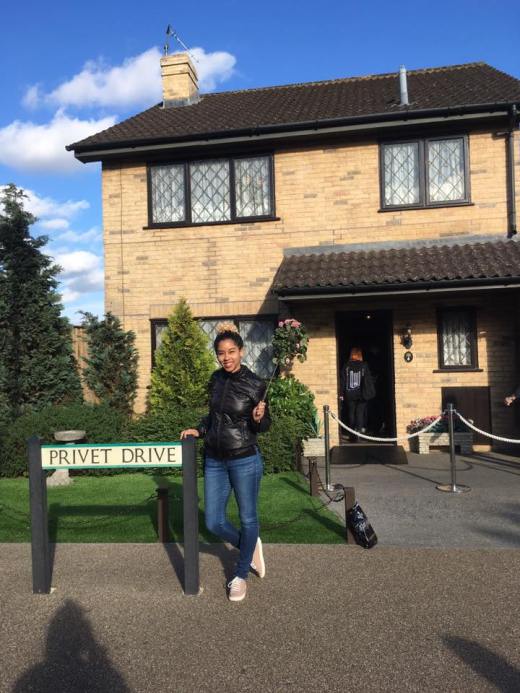