If you’ve ever wanted to time travel, Stratford-upon-Avon may be the right spot for you. While the little town is filled with modern conveniences, much of the century old history is still preserved within the town where Shakespeare was born, lived and died. From the buildings, to the food, to the Shakespearean quotes and statues, Stratford-upon-Avon is truly one of a kind.

I’d be lying if I said this city existed prior to me buying a plane ticket there. But I have a lovely friend who is studying Shakespeare there, and visiting friends who are living abroad, while traveling, is an absolute must. I have a strict rule that every time I travel I have to go somewhere new, and even though I had been to Ireland, Scotland and England before this trip, I tried to visit places that were new in each one.

Our trip over to Stratford was right after our time in Dublin, and I’d be lying if I said I wasn’t crying my way through the airport on my way there. But, such is life. Leaving Ireland is never easy.

The plane ride over was the tiniest plane I’ve ever been on, but luckily I got my row to myself. We initially touched down in Birmingham, England which (I’m so sorry to anyone from Birmingham who might be reading this) honestly has the most bizarre British accent I’ve ever heard. Once we commuted a bit, we hopped on the train and were off! I honestly love taking trains across the English country side. It’s just miles and miles of green hills and sheep. If you ever just want to relax for 9 hours, take a train from Scotland to London.

When we arrived at Stratford we met up with our friend, Heidi and spent the evening getting a bit of a tour, watching a movie and ordering Indian food.  I was pretty tired, so there may or may not have been some unplanned naps on the couch, as well.

The next morning we started out things right with a trip to Benson’s for a true English breakfast and then a stroll around the town for me and Victoriana, after Heidi went to work. During this time we actually (consciously) got to see the town. I’m not gonna lie, one of my favorite parts was the Beatrix Potter themed shop, Timeless Tales where I bought a Peter Rabbit book and a silver spoon for my mom (who collects them, not just for funzies).

We also ventured over to Church of the Holy Trinity, which is where Shakespeare is buried. The overall beauty of the churches in Europe get me every time. Even in the smallest towns, the loveliest structures stand. I don’t think I ever would have guessed how storybook like a town could be, but I guess that’s the nature Stratford. We walked along the river and saw swans everywhere we looked (and they are scary – don’t get any magical ideas). The brick houses had ivy climbing the walls and the Royal Shakespeare Theatre stood off looming gloriously in the background. It was magic, and I couldn’t help but imagine it in spring when all of the trees have their leaves and the weather is warmer. I think it would be the perfect spot for a writer’s retreat, and I definitely have it on my list of places I would love to go back to, to stay for a while. 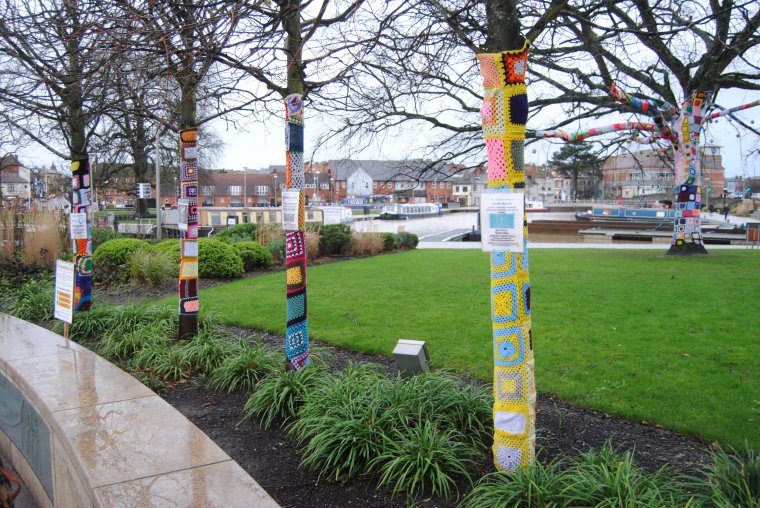 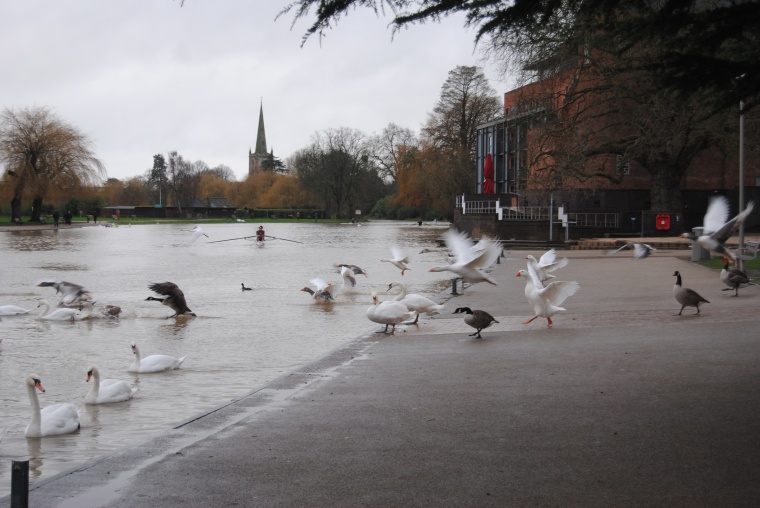 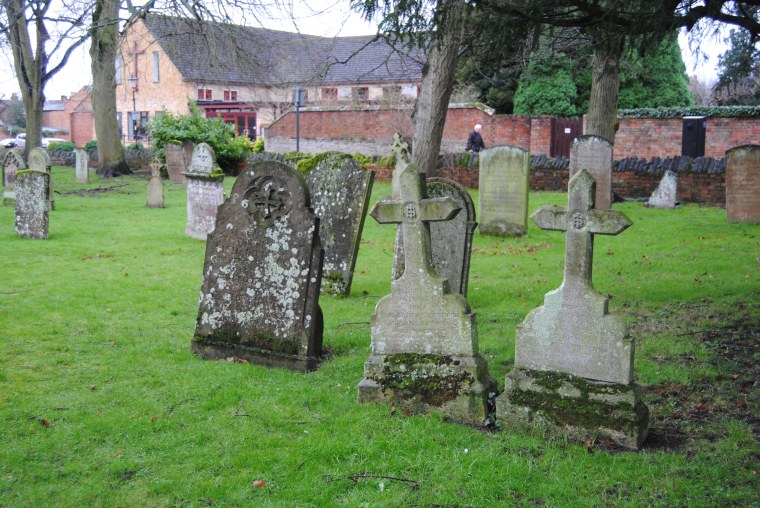 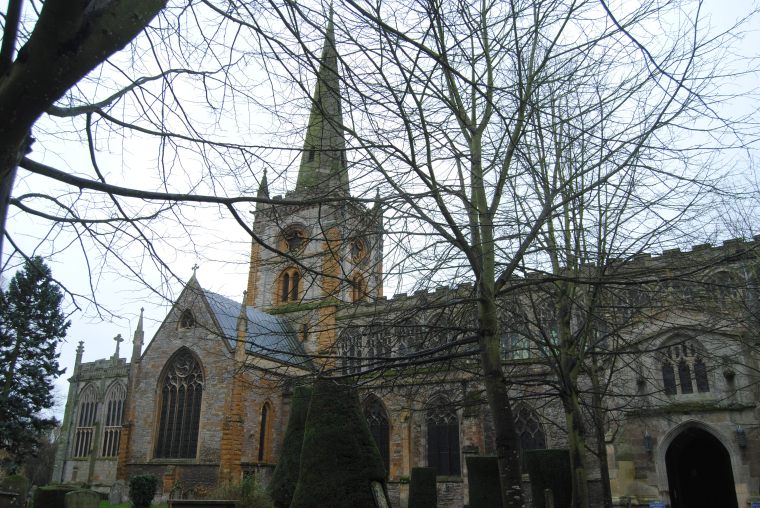 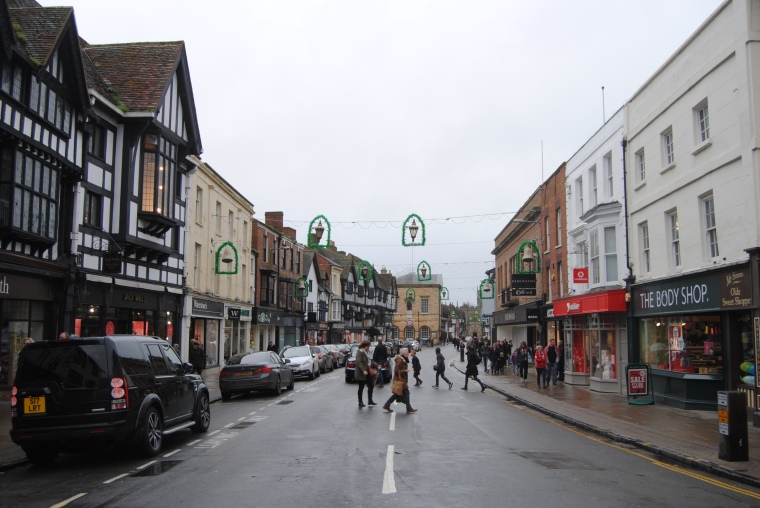 Quick updates seem to be the theme of my life, right now, but I want to catch all of you lovely people up with the chaotic beauty that my life is right now!

I absolutely CANNOT believe that it’s Christmas next week! When did that happen!?

Another thing that I can’t believe is that I’m going to be flying out to Europe next week. It’s absolute madness. With all of the chaos of changing jobs and holiday busy, I’ve basically just felt like this trip is an oncoming train that I’m about the get hit with. But that’s okay, I like the excitement.

Okay, so I haven’t really told you all very much about this trip (mainly because I haven’t really prepared AT ALL for the trip itself). I’ve been trying to book places to stay in my spare time, bugging friends in the UK/Ireland to help me book places and generally trying to piece together as many things as possible, in the meantime.

One of the best things I can think of, though, is going to be all of the spare time I’ll have for reading. It’s going to be insane. I have an 8 hour layover in Washington DC on my way to London, and then I get to spend Christmas night in Heathrow airport, waiting for my 6am bus because drumroll the ENTIRE city of London shuts down for Christmas and boxing day.

Honestly, there are a lot of things I love about Europe, but the country/city closures are not one of them. I love being able to go to the grocery store on Sundays, in Seattle. In fact, I think I purposely go shopping on Sundays, now, as some sort of completely ineffective way to rebel against “the man.”

I am really looking forward to the holiday, though. I can’t even believe that it’s coming up so quick! Here’s what our itinerary looks like, for now:

Overall, you can see where the majority of my heart/time will be (#IRISHTILIDIE), but I’m so excited to get to see some awesome new places along the way, as well!

Here are some of the suggestions we’ve had for our time in Edinburgh (feel free to add suggestions in the comments section, below!):

I did want to throw out an inquiry to the world of travel, though. I’m going to be in Dublin for quite some time and I’ve done most of the “tourist” things to do, so what are your suggestions!? What have I missed? Literary stops? Old libraries/bookshops? Geekery? Art? Let me know in the comments section, below!

Having this trip to look forward to has really helped me along with the transition of moving jobs and with getting settled in Seattle, in general. There’s something that really settles my mind about knowing that I have a plane ticket to the UK/Ireland. It hasn’t mattered, over the past months that I wasn’t going to be going back for months. What mattered was that I was going to be going back! And I couldn’t be more excited as I set off with two of my closest friends.